John, the youngest disciple, writes the last of the four Gospels. He has read the accounts of his brothers-in-arms: Matthew, Mark, and Doctor Luke, each now fallen to persecution. As the Spirit tugs, he puts his quill to paper and records the events from a new perspective. John frames the events he shared with Jesus in the hills and towns of Israel with a spirit of wonder and amazement. 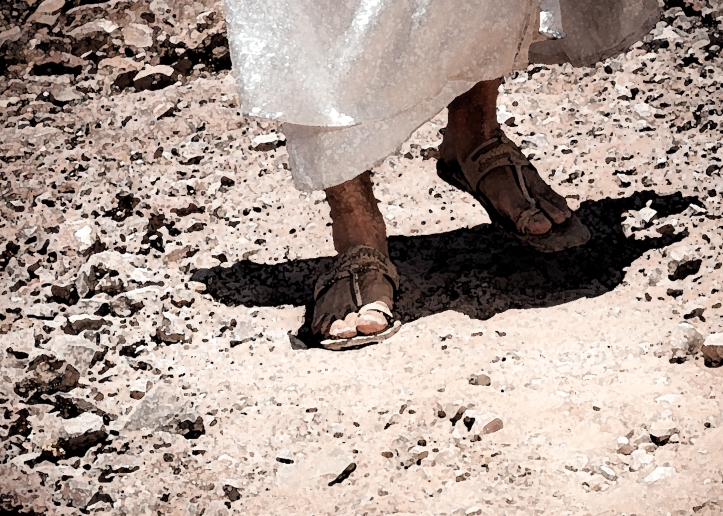 His three years with Jesus have been marked clearly in his mind. Memories flood. How wide was Jesus’ compassion to people others had turned away. The poor and the rejected had a place in Jesus’ heart. So many healed! He remembers the peaceful look on his face in the morning after his time of prayer with his Father. He recalls the laughter of parents after a child was healed. Oh, and how much forgiveness Jesus had shown to him and the rest of the Twelve, who never quite got it right! We listened to his teaching. But we didn’t get it. How often we argued, John thinks. How often we missed the point. Even as Jesus broke the bread on that night of betrayal, we missed it. Still, he loved us!

As he thinks of the earth’s creation in exploding light, John remembers how bright the glorious splendor on the mount of transfiguration was. In contrast, how bitter the moment when he looked up into his Lord’s dead eyes, and heard the mother’s wail which rose from Mary’s throat at the foot of the cross. The earthquake. The darkness. He shudders at the pain the memory evokes, again touching the Master’s lifeless corpse as it is pulled down. The tears, perhaps, flow anew as he thinks back to the horror of that day.

A deep breath. He remembers running to the empty tomb with Peter on that Sunday morning.  Grave clothes folded in the dim light. I didn’t understand then, but somehow I knew he was alive, John thinks. It seems as only yesterday that he was in the upper room when Jesus appeared, breathing and speaking. John can recall the lessons from each of the following days, where Jesus continued to teach and shape his followers. Spiritually alive, John remembers as if it all happened a moment ago.

Frankly, as one reads John’s Gospel it is clear that he is still overwhelmed with being with Jesus.  He begins the Gospel by writing, in parallel to the first words of Genesis, that Jesus was there in the beginning. Then he writes the events down, never forgetting for a second that he is deeply loved by the One who Started It All. In his last sentence of the Gospel, he knows he must stop writing, but his heart and mind remain full of events yet untold. He writes:

Jesus did many other things as well. If every one of them were written down, I suppose that even the whole world would not have room for the books that would be written.- John 21:25

I agree. Jesus can be overwhelming. I know, for I feel it each day. I see it. Encounters with Jesus continue, and lives are continually changed. More books, it seems, about what Jesus did–and is doing–are required, and more are still to be written. Not to add to the Bible, but to corroborate it.

“And as he spoke he no longer looked to them as a lion; but the things that began to happen after that were so great and beautiful that I cannot write them… All their life in this world and all their adventures in Narnia had only been the cover and the title page: now at last they were beginning Chapter One of the Great Story which no one on earth has read: which goes on for ever: in which every chapter is better than the one before.”