We are living in amazing watershed times. This crisis is showing us the best of people — sacrificial service, love of others, devotion to families, and faith in our God. But it is also illustrating the power of negative human traits — individualism, selfishness, loneliness, and fear.

What is this time revealing in you?

In 2 Kings 16 and 2 Chronicles 28 (both worth reading in whole), we find an amazing story of fear and its consequences. Around 730 BC, the land of Palestine has divided into two kingdoms, Israel in the north and Judah in the south. King Ahaz of Judah is attacked by the northern kingdom aligned with the Aramites, the Philistines, and the Edomites. For many months, Ahaz is pushed back and defeated. Finally locking himself in Jerusalem, the battle seems a stalemate—with Jerusalem besieged but unconquered. Ahaz, looking out at his enemies all around him, is overcome with fear and so turns to life-long enemy Assyria for help.

Then Rezin king of Aram and Pekah son of Remaliah king of Israel marched up to fight against Jerusalem and besieged Ahaz, but they could not overpower him…Ahaz sent messengers to say to Tiglath-Pileser king of Assyria, “I am your servant and vassal. Come up and save me out of the hand of the king of Aram and of the king of Israel, who are attacking me.” And Ahaz took the silver and gold found in the temple of the Lord and in the treasuries of the royal palace and sent it as a gift to the king of Assyria. (2 Kings 16:5, 7-8)

In the grips of fear, Ahaz is willing to give up Judah’s independence and become a “servant and vassal” of Assyria. Additionally, Ahaz robs the Temple in Jerusalem and the royal treasuries to send a gift to his enemies. To save his life, Ahaz is willing to put his safety above everything else, a strange thing for someone of the house of David, a leader of God’s chosen people. Note that Ahaz never seeks God, never prays, but turns instead to human powers to defend him. He does not listen to God’s Word, to God’s prophets, or even to the godly people around him. He forgets that God has defended his people many times over. That God has never lost a fight.

Assyria responds and destroys the invading armies, but Judah is never really free again. (Eventually, Assyria comes and simply conquers Jerusalem, sending the people into slavery.) King Ahaz is called to Assyria to prove his servanthood. While there, he sees the Assyrian Baal altars, makes copies of their exact design, and when he returns he sets up “matching” altars to other Gods. The whole process reveals a spiritual compromise of the highest order.

Once he buys into fear, the weight of it pulls him downhill. He loses perspective and hope. Listen to the indictment of Ahaz in 2 Chronicles 28:

Ahaz followed the ways of the kings of Israel and also made idols for worshiping the Baals. He burned sacrifices in the Valley of Ben Hinnom and sacrificed his children in the fire, engaging in the detestable practices of the nations the Lord had driven out before the Israelites. He offered sacrifices and burned incense at the high places, on the hilltops and under every spreading tree…

Ahaz gathered together the furnishings from the temple of God and cut them in pieces. He shut the doors of the Lord’s temple and set up altars at every street corner in Jerusalem. In every town in Judah he built high places to burn sacrifices to other gods and aroused the anger of the Lord, the God of his ancestors. (2 Chronicles 28:2-4, 23-25)

An aside, when King Ahaz dies the people refuse to bury him in the cemetery with all the previous kings. His tomb is isolated and unvisited, a symbol of his downfall and spiritual exclusion from God’s people. His legacy is “aloneness.” Ahaz trades an earthly siege, only to be trapped in a spiritual one. All because of fear.

Even as God’s people, fear can make us make horrible choices. It can make us sell out our heritage for momentary peace. It can make us reject our God and run to limited, human solutions. Fear can pull us into spiritual compromise. It is a warning we should heed when the world is full of panic. 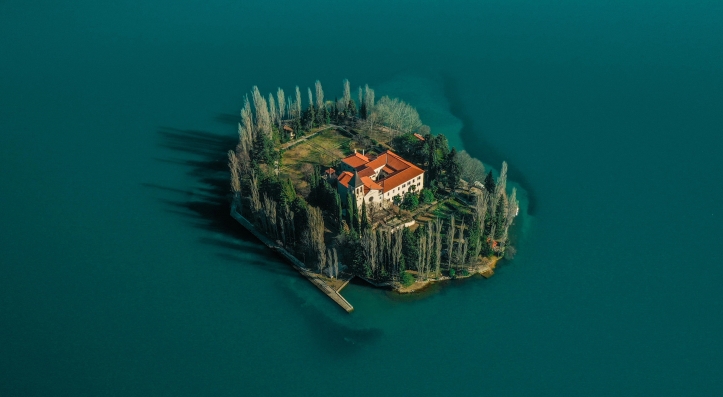 A PRAYER FOR A TIME OF FEAR

We don’t know how long we can hold out.

Our lives are disjointed, our emotions are tossed, and

Our families are swirling.

Fear seems to be on our porch, knocking each morning.

As a world, a nation, a church, a family

We were unprepared for such a crisis,

We couldn’t imagine such a widespread, unconstrained threat

Are doing all they can to save lives.

You use them and empower them but

The numbers of those who are suffering and dying continues to grow.

Our ability to deal with this is completely inadequate.

Lord of mercy, we are besieged,

But it is you who surround us.

You give us wisdom, and rest, and supplies

When we feel cut off and alone.

Protect us, Lord, in this fearful world

We claim these psalms, these songs of worship

“Blessed be the Lord,

For he has made marvelous his lovingkindness

To me in a besieged city.

As for me, I said in my fear and alarm,

‘I am cut off from before Your eyes.’

Nevertheless, you heard the voice of my supplications

When I cried to you.”

Our God, we are besieged,

“As the mountains surround Jerusalem,

So the Lord surrounds his people

From this time forth and forever.”